When I started at Title Media I was thrown straight in the deep end. In all fairness, it’s probably the best way to get used to the job and I think (or at least I hope) I’ve landed on my feet. Here’s five lessons I’ve learnt in my first week as an intern.

1 It’s better to ask questions than be left clueless

I think it’s the same for anyone, but when you start a new job, chances are you have no idea what’s going on. It’s a humbling experience for sure, and you won’t get anywhere without asking questions. If I had a pound for every time I was left clueless, I could probably afford several co-op meal deals (the office lunch of champions).

Fortunately, I’ve joined a great team who’ve been incredibly helpful for helping me get to grips with everything. Without that support I’d probably still be trying to figure out how to get in the building, let alone be writing this article now; don’t be afraid to ask questions to bring yourself up to speed.

2 Fake it till you make it

Approach everything with confidence, even if you aren’t. As mentioned previously, I was really thrown in at the deep end, and had to quickly get adjusted. In my first week I’ve written articles for publication, taken and edited photographs, and generally found myself with far more responsibilities than I expected. I’d be lying if I didn’t say it was out of my comfort zone, but everyone knows that’s the best way to learn.

It’s been a hectic few days, and If I hadn’t approached this both feet forward and with a confidence that was frankly a bit of a front (until now — hi Sam!), things wouldn’t have gone nearly as well. As the old expression goes, you’ve got to fake it till you make it, and there’s some truth to that for sure.

Going from academic writing for my degree, to writing for Title Media was (and still is) much more difficult than I

thought. Turns out that my months spent poring over boring history tomes doesn’t translate well to writing in an interesting and engaging way. And when I’m not doing uni work, my writing is usually restricted to the lowly text message. Nobody ever won a Pulitzer for their powerful use of an emoji!

I’ve spent the past week trying to find my voice — not too formal but not too casual either — and I think I’m getting the hang of it. Apparently, the trick is to imagine that you’re having a friendly conversation, without getting too colloquial. Think chatting to your favourite aunt instead of your mates at the pub and you’re nearly there. Now if only my aunt wasn’t the most obscene person I’ve ever known.

4 The perks of being an intern

I’ve worked various retail jobs both leading up to and during university. The pay is fine and the jobs themselves are satisfying enough, but they lack the excitement of an internship. There’s something to be said for putting yourself in challenging circumstances and seeing how you adapt.

I could have spent my summer in a standard retail job, or even committed a month to watching every single game of the world cup — an unsurprisingly popular choice for lots of my fellow students. Instead I’ve opted to challenge myself, and think the value of that is an important lesson to have learned.

5 Be yourself — as taught by Alice the pug 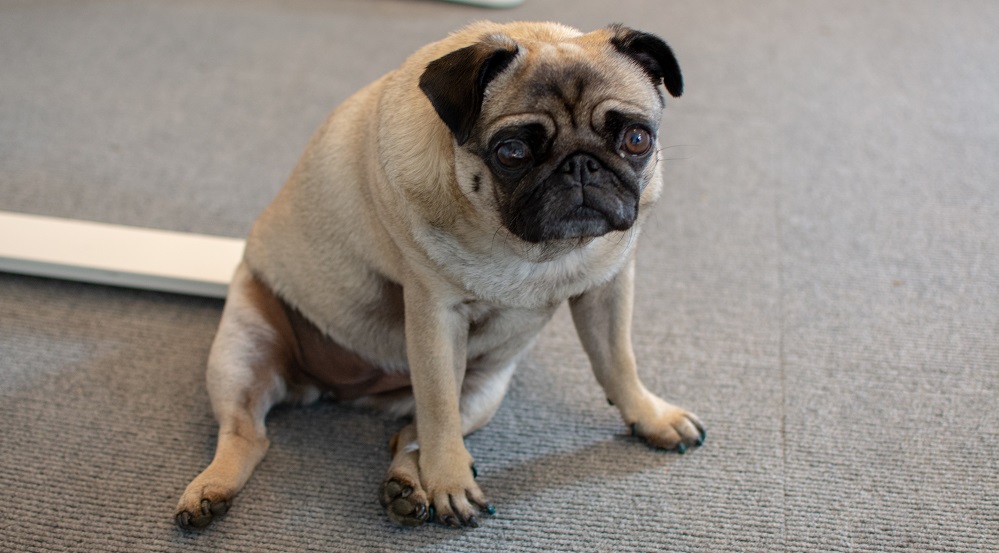 Meet Alice, the acting CEO of Title Media. Always present to keep an eye on proceedings in the office, she is an inspiration to us all. From the way she’s content to stare at you for an uninterrupted half-hour in the hope of getting some of your lunch, to the nonchalance with which she drags her behind on the floor, there is no one better to teach you the importance of being yourself.

About the Author: Ellis Fergar